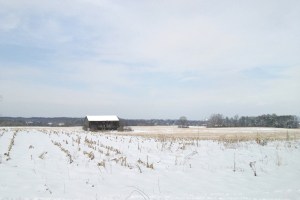 Snowflakes fall on the ewe’s face and back,

pristine against the matted dull-gray tufts

which once were white, just like the snow that

hesitates to touch the ground on which the old ewe stands,

What was her life? I wonder,

She must have been left out to pasture, I think now,

in a world where she is—

Her eyelids flutter and part.

And I notice they are gray, no, brown.

Or is that some shade of green?

I look again and see.

They are the mountains of the earth,

where cold springs wind into a web of streams

that lead to each and every river racing toward the ageless oceans.

Behind those dewy eyes waves crash, summoned by the moon,

and reach up toward the sky to join the planets of the universe.

She does not blink against the snow.

She does not fidget at my gaze.

The old ewe stands and watches.

And in that fleeting moment,

This piece was inspired by the photography of Isa Leshko, “Elderly Animals” series at http://isaleshko.com/elderly-animals/

Hello to those who have stumbled across this page/blog/website–or whatever it turns out to be. I am a writer and a graphic designer fascinated by the artistic process, regardless of genre. Aldonza is an exploration of that process. Thank you for joining me to watch this space grow. I have no idea what it will become. Maybe, it will defy impulses to label…